Head
Round face with full cheeks and good breadth of scull with round underlying bone structure. The head should be set on a short thick neck.
Nose
The nose itself should be short, broad and straight. in profile, a rounded forehead should lead to a short , straight nose with a nose break which is neither too pronounced nor to shallow.
Chin
A strong firm and deep chin is essential. The bite MUST be level, the tip of the chin to line up with the tip of the nose in the same vertical plane.
Ears
Small rounded at the tips. Set wide apart fitting into (without distorting) the rounded contour of the head. External ear to be well covered with fur, internal furnishings not to be excessive.
Eyes
Large, round and well opened. Set wide apart with no tendency to Oriental shape. No squint.
Legs & Paws
Short, strong legs. Paws round and firm, toes carried close, five on each fore foot (including due claws) and four on each back foot.
Tail
Should be thick and of medium length, thicker at the base with rounded tip.
Coat
Must be short, dense and crisp A soft and /or overlong and fluffy coat is incorrect. 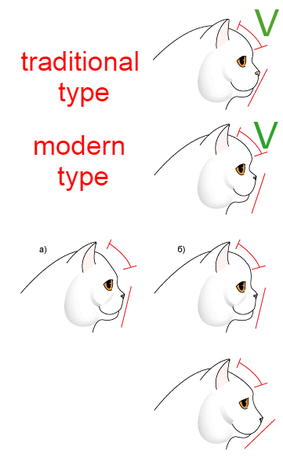 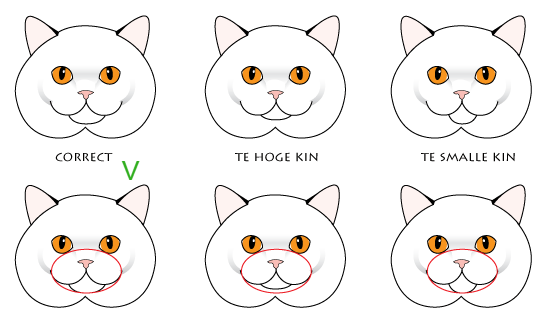 bodies:
​compact, rounded in proportion with the head 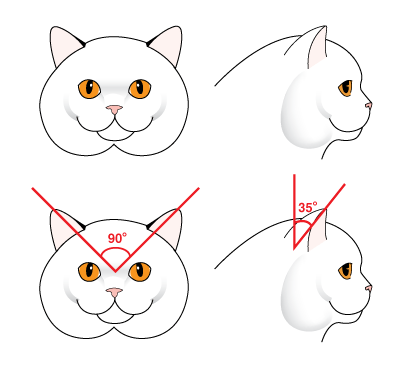 defect ears:
not wide at the base 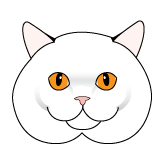 too high and too straight 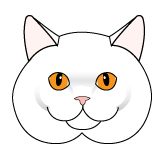 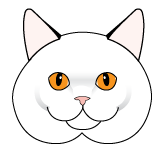 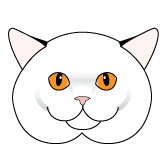 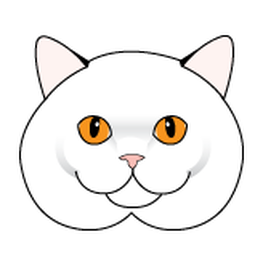 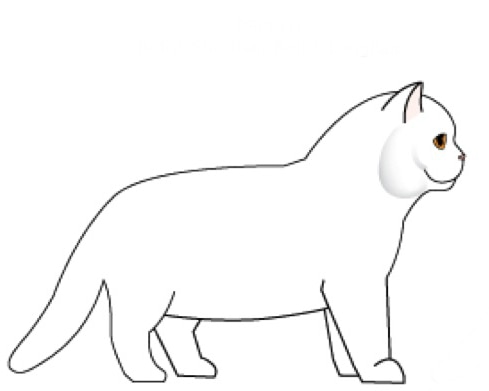